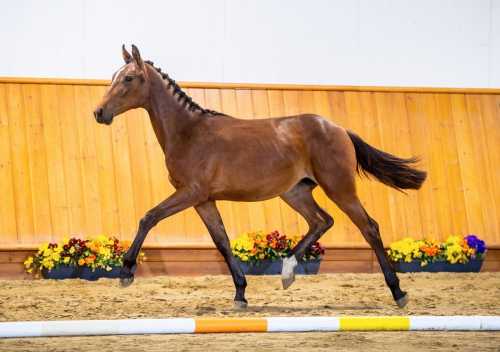 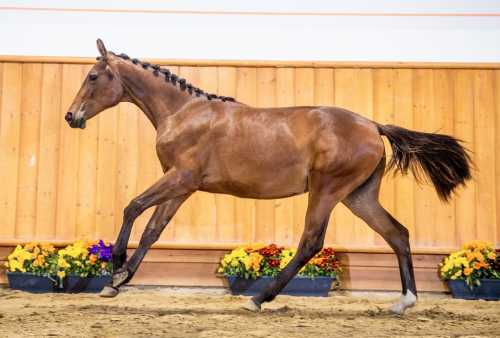 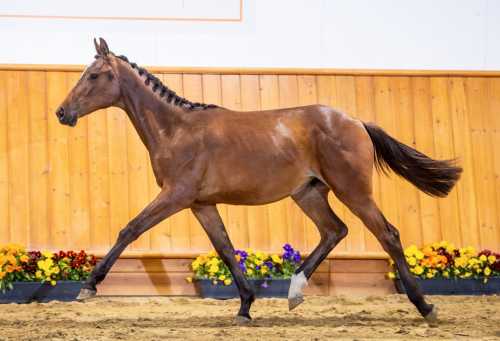 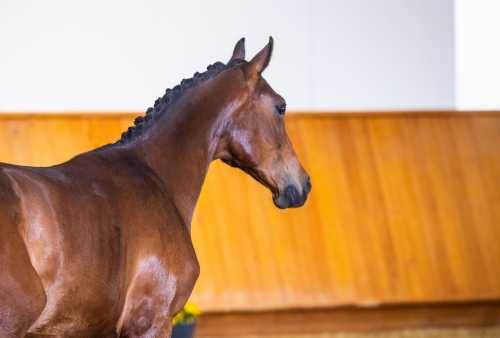 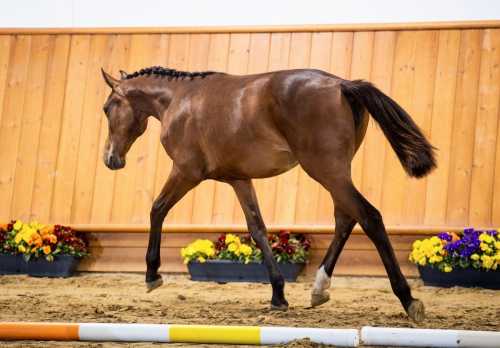 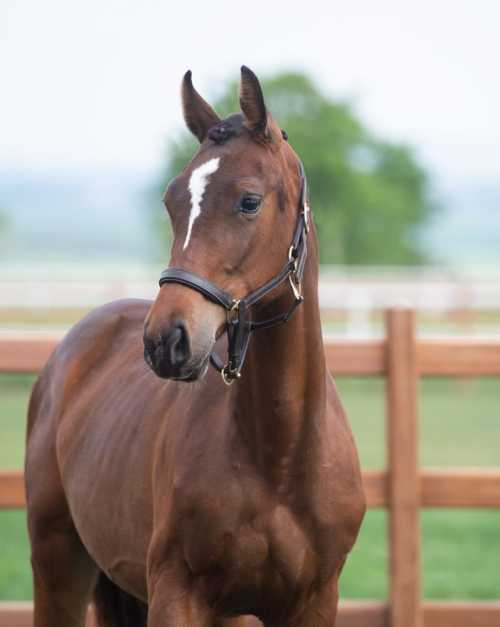 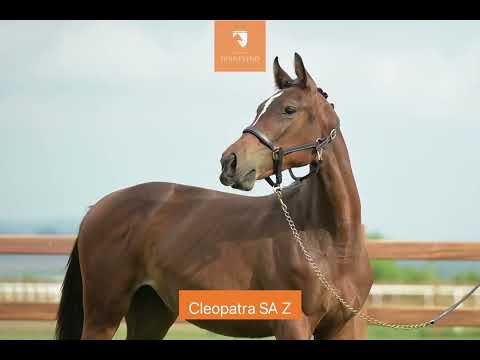 Besides being one of the nicest foals, Cleopatra SA Z is already the fastest and maybe the most dynamic yearlings of her generation! Team Scuderia SA has previous experiences with the Olympian Sancha LS as a broodmare, as we have sold her very first foals brought to auction via the prestigious Zangersheide Quality Live Z Auction at the FEI World Breeding Championship and sold the impressive 5-months-old Chacco-Blue colt, Cosa Nostra SA Z for €74.000!

Most notably known after her rider’s Daniel Bluman’s words of ‘a true warrior’ Sancha LS is not an ordinary horse. The 1.60m level wondermare jumped the Olympics at the age of only 9, after which she completed the World Equestrian Games in Caen, adding up to 3 championships in only 4 years! She is a daughter of the famous Sonora La Silla who also gave us Tizmin LS and Zodiac 4, both 1.60m performers. From her sire, legendary Chin Chin, sire of the great Eureka, Gin Chin, Arezzo VDL and so many more, she brings the extra power and carefulness.

Cleopatra is not left without a world-famous sire either. Casall ASK is the definition of a high achiever. Casall’s dam, Kira traces back to stem 890, one of the most successful Holsteiner performance mare families. Over the years, the great stallion has performed exceptionally consistent, he won 11 legs of the GTC since 2011, and has come close to winning the overall standing more than once. So far, 46 sons of his have been licensed for breeding and he has produced 53 premium mares. Currently, he is nr. 3 in the WBFSH Sire Rankings.