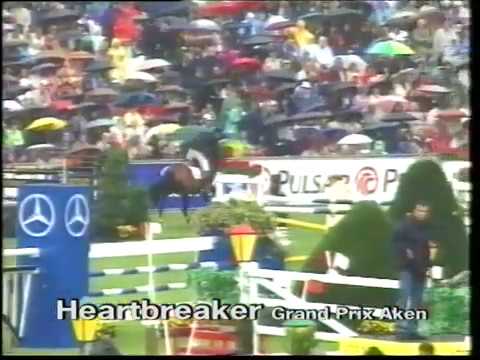 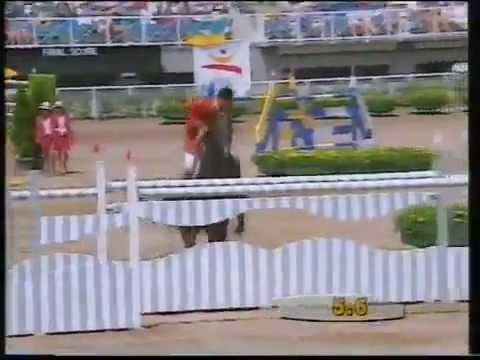 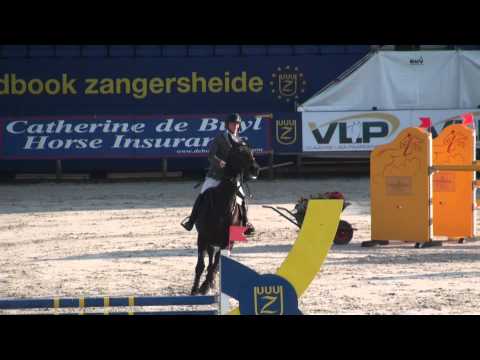 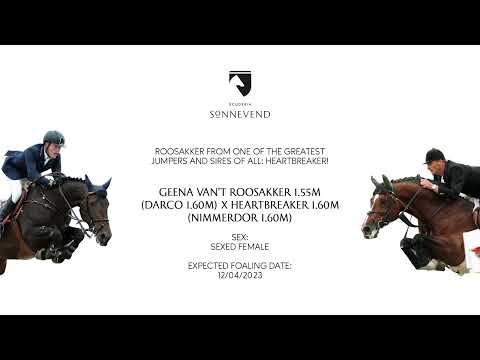 A sexed female embryo from the Roosakker damline combined with Heartbreaker! Not much else to say.

Geena Van’t Roosakker is everything one can wish for. She is not only the daughter to a CSI5* GP mare, but also dam to already two 1.60m performers, Jivaro Imperio Egipcio and Kheros van 't Hoogeinde of Janika Sprunger, the rider of China Touch Hero’s Jaguar de Tiji. Geena is not only a great broodmare, she also competed up to international 1.55m level herself. She jumped GPs all over the world, from Geneva through Rome to Maastricht. Team Scuderia SA has already worked with Geena, selling her foal with Comme il Faut, the filly Caffee del Mare SA Z for €60.000 at Zangersheide Quality Auction of the World Championship.

Heartbreaker (1989-2021) was simply one of the greatest jumping sires, ever. Heartbreaker is by Nimmerdor (1.60m), out of a mare by the international showjumping stallion, Silvano,who was placed in a number of World Cup qualifiers. Heartbreaker himself was 4thin the Grand Prix of London and 4thin the Grand Prix at Aachen. He was the winner of the Stallion Showjumping class at Zwolle, before finishing his career with a win at Dortmund. Numerous horses bring on his outstanding legacy: Bertram Allen’s Romanov (1.60m), winner of 3 GPs and a World Cup in a single year, Echo van’t Spieveld (1.60m), Hardrock Z (1.60m), Jasper (1.60m), Verdi (1.60m) and so many more.