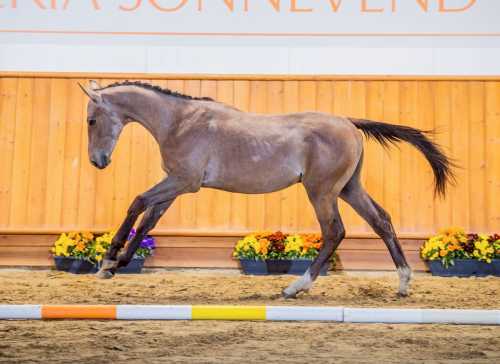 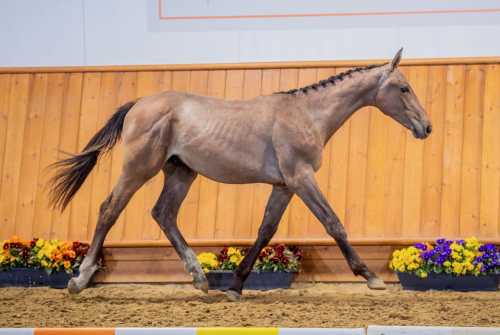 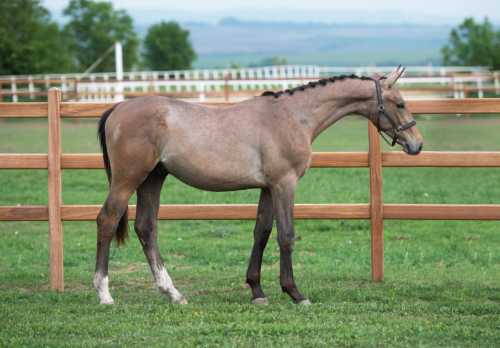 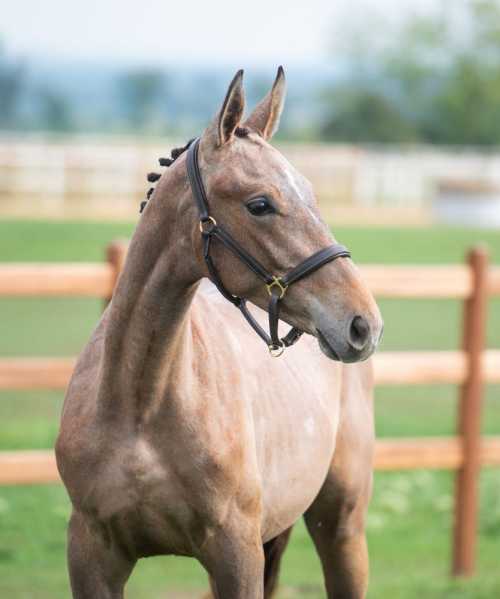 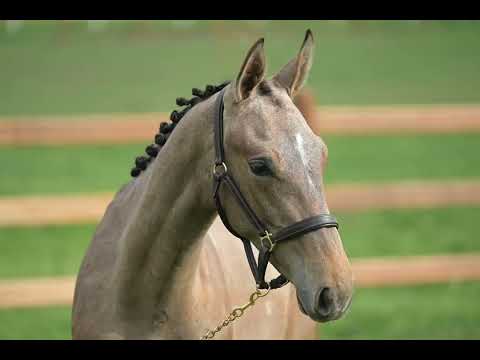 Kingsman is the stallion of the future you would definitely want to put your hands on! He is just the right cross of modern and traditional with bloodlines that have proved everything there is to prove. He does not only have great charisma, but also a dam sought-after by the biggest names of the industry. Team Scuderia SA has sold Kingsman’s brother out of Cornet Obolensky, Comme des Garçons SA Z to Judy-Ann Melchoir, the Head of Zangersheide for €47.000 at the brittle age of 5 months.

VDL Groep Eureka is a special mare, because not only her results will leave you speechless, but also her descendants’. The Roosakker family’s mare won her first GP at age 8, was victorious in Helsinki, Lausanne, at the London Olympia, Paris and even became Dutch Champion with Maikel van der Vleuten. The Grand Prix performer is dam to a vice-World Champion 1.60m level Jeleena de Muze and grand dam to Olympian 1.65m level Mumbai, making her bloodline the dream of every breeder! Many have wanted to breed with the line of Eureka, but nobody has ever crossed her with Kashmir! Yet!

Kashmir van Schuttershof had a successful career filled with Nation Cups and the biggest Grand Prix events with the same rider as the stallion’s famous father, Nabab de Reve. Today, Kashmir van Schuttershof is known as one of the best breeding stallions in the world, most importantly the sire of one of the all-time bests, Tokyo 2020 individual silver medallist and fan favourite 1.65m level H&M All In, but many many more, including 1.70m Gazelle, 1.65m Reveur de Hurtebise HDC and so on.